The corona situation in Croatia is currently coming to a head: 4009 new corona infections were reported by the Croatian health services within 24 hours on 26 November 2020. This is a worrying figure in itself. The fact that this frightening result is based on only 11,487 tests does not make it any better. Or the other way around: every third person who signed up for the Corona test in Croatia received a positive result.

In view of the drastic increase in new corona infections, the government has probably decided to take tougher measures after all. According to media reports, cafés and restaurants are to remain closed from Friday at midnight. However, a delivery service can be provided. Cinemas and theaters will remain open, fitness centers may be operated under restrictions, it was said.

These measures, which will initially be valid until Christmas Eve, are planned but have not yet been officially confirmed.

Croatia: Snow up to the coast

Another strong earthquake in Petrinja, Croatia: Injured and dead mourned

Croatia: Another earthquake in the Petrinja region

Traffic jams when entering Croatia: Many still want to reach their destination before lockdown on 23.12.

14-day incidence: Croatia and Slovenia still in the inglorious “club of thousands”

Storm in the north of Croatia: Strongest Jugo for five years!

Entry Italy: With PCR/antigen test or in urgent cases for less than 5 days without test.

SeaHelp request for entry into Croatia: Control visits of boat owners as a business trip without PCR test possible. 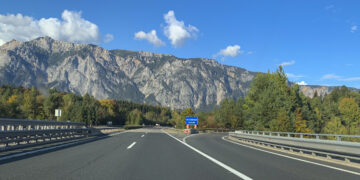