18.11.2022
in SeaHelp
|
Update: 18.11.2022
|
Autor: Matthias Müncheberg
Inhalt Anzeigen
1. Most in demand was the towing of yachts, increases in launch assistance and spare parts deliveries
2. Slight increase in the number of missions in Italy; assistance with light grounding was in the foreground
3. Retrospectively, there were more missions than in the previous year; the increase compared to 2020 was even more than 80 percent
4. 24h EMERGENCY CALL EUROPE: 0043 50 43 112

SeaHelp, the leading organization providing roadside assistance and other services for the European recreational boating industry on the water since 2005, draws a positive conclusion: also in the third Corona season 2022, the all-round protection for skipper and crew was very well demanded, strong increase in launch assistance and spare parts deliveries.

Whether it is towing or starting assistance, fuel service, spare parts deliveries, free towing in case of light grounding, freeing of lines in the propeller, passenger transport, weather and area advice or a telephone support in medical emergencies – the nautical breakdown service of SeaHelp stood by its members 24 hours a day, 365 days a year with advice and action reliably and quickly also in this season.

“Our annual evaluation for Croatia for the year 2022 – cut-off date November 15 – showed that the deployment figures this year were over five percent (5.89%) higher than in the previous year”, says Sea-Help operations manager Marko Orlic, “compared to the first Corona year 2020, we were even able to record a 39 percent increase in the number of deployments driven”. This underlines the importance of a modern breakdown assistance service for recreational boating in the popular Adriatic riparian Croatia, Marko Orlic said.

Most in demand was the towing of yachts, increases in launch assistance and spare parts deliveries

Specifically, yacht towing again accounted for the largest share of on-water breakdown assistance in the current ’22 season, with 57 percent of calls (up from 63); compared to 2021, there was actually a three percent increase in tows in Croatian waters.

There was also a disproportionate increase in spare parts delivered to boats: compared to 2021, this service was requested 85 percent more often. As a reason for this, SeaHelp managing director Wolfgang Dauser gave a service backlog; in the last two Corona years, the boats and yachts had not been used as often as usual, therefore, due to increased technical problems on board, spare parts such as impellers, V-belts, thermostats and relays had to be organized and delivered more often than usual.

Assistance in cases of light grounding (up five percent) and problems with the power supply on board (up 18 percent) also increased.

In contrast, assistance with fuel deliveries (down 18 percent) was not called for as often as last year, and “fire on board” and medical transports also saw a decrease in operations of 50 and 64 percent, respectively, compared to the same period in 2021. 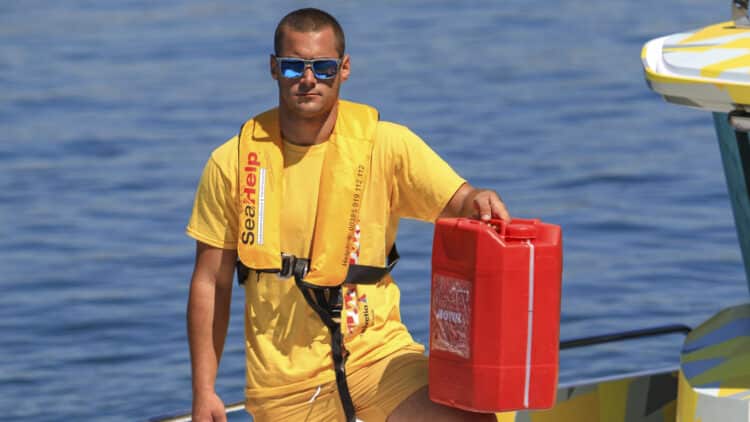 Slight increase in the number of missions in Italy; assistance with light grounding was in the foreground

With respect to Italy, like Croatia an important operational area for SeaHelp, there was an increase in the number of deployments (up 12 percent); there was a significant increase here in assistance in cases of light grounding (up more than 100 percent compared to 2021), in fixing technical problems (up threefold) and in situations where customers ran out of fuel and for this reason called on SeaHelp’s assistance (up 200 percent).

There was an increase of almost three percent (+ 3.06 percent) in the number of missions driven in the entire European region (especially Croatia, Italy, Slovenia, Spain and Germany) compared to the same period last year; in relation to the first Corona season 2020, which was associated with many restrictions, the increase in the number of missions even amounted to almost 85 percent (+ 84.99 percent). 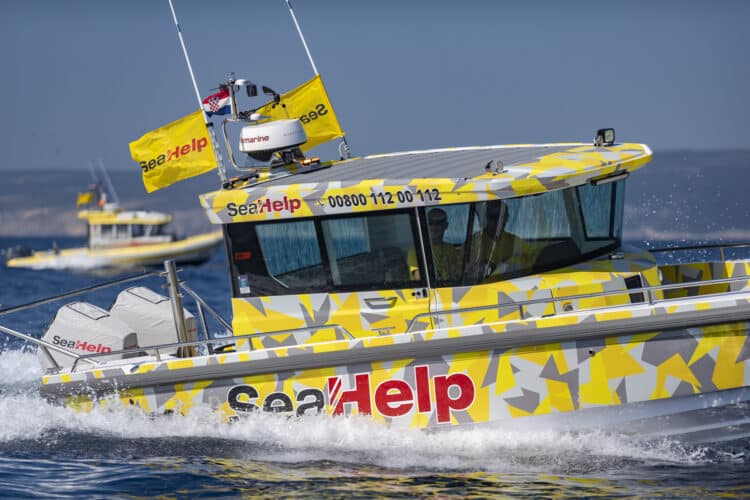 Retrospectively, there were more missions than in the previous year; the increase compared to 2020 was even more than 80 percent

SeaHelp Managing Director Wolfgang Dauser, who this year was himself by boat for seven weeks in Croatian waters on the road, is satisfied with the presented mission figures for the season 2022 going to the end: “The number of missions driven as well as the nature of the assistance once again impressively testify to the importance of our modern, always ready European breakdown assistance service on the water”.

This has also not changed the fact that it was in his estimation concerning the weather around the “third worst summer of the last 20 years” with more than 20 thunderstorms, 15 rainy days and comparatively cool water temperatures, so Dauser.

On the contrary: alone by the three-week, almost continuously blowing Bora in August with partly over 40 knots of wind and two meters of wave, it had come increasingly to accidents on the water, which would have required salvage or towing, in addition, one had accompanied many skippers with their yachts for safety reasons.

Further info on membership and services at SeaHelp: CLICK HERE! 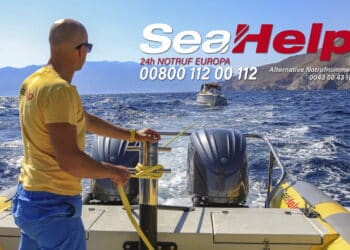 A breakdown on the water? The helpline of SeaHelp helps with a call around the clock.