The coronavirus lockdown obviously also has an influence on how we deal with the media and the media itself that should not be underestimated, as SeaHelp just learned through a report in the Austrian Kurier. What had happened? SeaHelp, not a club but a private company, had “redeemed” a member and nagging troublemaker virtually on its own and, as a precaution, had not extended its membership.

Damage to reputation in Internet forums

The member had set itself the goal of damaging the reputation of the company based in Austria by making deliberately derogatory comments in relevant Internet forums. The extent to which such an occurrence has journalistic relevance for a media company such as the Kurier may be questioned there.

It is SeaHelp’s usual practice to publish reports on the homepage on the subject of Adriatic holidays, especially in the region of Croatia, on the homepage and also to post them on social networks such as Facebook in order to give readers the opportunity to comment on the news and to supplement them with constructive remarks.

Here is an illustration of the chronological sequence:

On the basis of these hard, reliable facts, based on publications in the Federal Law Gazette of the Republic of Austria, SeaHelp considers the requirements for timely reporting to be fulfilled, especially since interested users were also actively informed via push notifications, i.e. received this information without any action on their part.

164,000 readers understood the article – only two did not

At the time of publication, this statement was based on hard facts set out in the Federal Law Gazette of the Republic of Austria. The addressee of a complaint from the excited “two-man community” on Facebook at that time would have been the State of Austria rather than SeaHelp. The report properly quoted and pointed out that a possible successor regulation could come into effect. The predominant readership, to be precise, according to Google Analytics 164,000 readers, understood the message. Only the two excited people in question obviously did not want to understand it at all or did not even read the article.

On Thursday 28 May, the Thursday before Whitsun, the quarantine regulation was finally extended until 15 June – a last-minute action, which also received a mixed response in the media. SeaHelp communicated the relevant article immediately after the Austrian government’s decision, by push message and also on Facebook, so that the information was also accessible to all interested parties.

So far, so good. But not for the fake Facebook duo. Instead of making their own decision after evaluating the information, as one might expect of mature Internet users, they have in the meantime risen above the rest of the Facebook users. There was even talk of a “fight against SeaHelp false reports”. A statement against which SeaHelp had to defend itself decisively and which is also proven by the comprehensible changes in the Austrian Federal Law Gazette.

SeaHelp believes that during the Corona pandemic, it will provide all relevant facts and figures on the issue of importance to the user group in a timely manner. This is obviously the view of the majority of members and mature users of SeaHelp communication channels. It is only thanks to their assistance through constructive contributions on Facebook, information via e-mail and telephone, and their own further research that SeaHelp has been able to communicate a picture of the actual situation on site that has served boat owners and vacationers as a valuable decision-making aid for a stay in the relevant holiday destinations.

Whoever uses our communication channels sensibly and not for querulantoric nagging, can get a good impression of the current situation in Croatia, Slovenia and Northern Italy and decide for himself whether a holiday or a stay on a yacht makes sense according to his personal needs and living conditions in Croatia. The untenable public accusation of spreading false reports could not be abandoned, because the facts clearly spoke against it. Or to put it clearly: “Those who can read are clearly at an advantage”.

For SeaHelp, this correction marks the end of the process, as we return to our core business in these stormy times – on land and at sea: Helping our members and providing fact-based information. 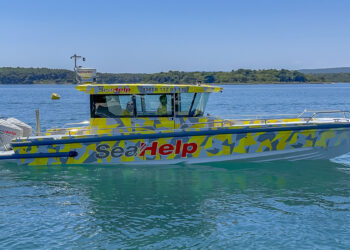 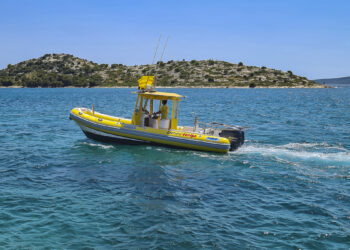 New SeaHelp base in the Marina Veruda in Pula: From 1 July 2022 new base in Pula with eight-meter – response boat