Home > This & That > Board etiquette: No dark shoe soles and misplaced flags: On board apply (unwritten) rules of etiquette

Board etiquette: No dark shoe soles and misplaced flags: On board apply (unwritten) rules of etiquette

“You don’t do that” is not something anyone who has made a faux pas on board against their better judgment likes to hear. But inside the sea fence apply some (unwritten) rules that novices can not immediately know. SeaHelp has compiled the most important ten rules etiquette on board.

Adolf Freiherr Knigge, who with his book “On dealing with people” already almost 250 years ago wrote a catalog about the right manners and compatible social life, was not a sailor. But the rules of etiquette for water sports enthusiasts could also have come from the pen of the German writer Knigge, who – in contrast to what is often wrongly handed down – was less concerned with the correct use of knife and fork, but rather placed his thematic focus primarily on polite, respectful interaction with one another.

Nevertheless, we all know what is meant by the term “Knigge rule” is all about. Dos and Don’ts. These etiquette rules apply on land as well as at sea. Not only to show good style, but also to achieve a relaxed coexistence in port and at sea.

When meeting another yacht at sea, it is proper to raise your hand in greeting. In the past, this sign was primarily intended to signal that everything was in order on board. Now it is simply good manners not to sail past each other without greeting. And even in the harbor and on the pontoons of the marina, one should not present oneself as a grumpy stinky boot and shuffle past the pontoon neighbor without a greeting. A slight nod to the cockpit of the adjacent berths or a friendly greeting as you pass by is an absolute must. Don’t worry, it doesn’t have to end in a long conversation. A simple greeting is enough to signal to the other that you have seen him.

SeaHelp Extratipp: If two skippers greet each other at sea, when their routes cross and they have a small distance to each other, they calmly raise their hands in greeting. This is a silent gesture rather than a cheerful wave to attract the attention of another. If you wave two outstretched arms at the same time, you are signaling to the other person that you need urgent help.

Bench Rule No.2: Over the forecastle

The situation knows only who is not in an elegant marina, but moored in the old port. It is full, the ships lie side by side close to each other in the “pack”. Only impolite ignoramuses go through the cockpit of the neighboring ship when obstructing the many ships up to the jetty. It is much more polite to scurry across the forecastle with gentle steps. And if there is a small gate in the ship’s railing, you are welcome to use it. It’s much easier than climbing over the railing.

SeaHelp extra tip: Who lies completely inside, should inform its neighbors as early as possible, when he would like to go out. And possibly rethink his cruise planning. Because who starts in the morning at 7 o’clock to wake up the neighbors and to unravel the package, does not make himself very popular.

Few things are more embarrassing than going on a cruise with a yacht that still has one or more fenders dangling from its long side. “Fender ship” it sounds then fast condescendingly over. So: The practical spacers and protective pads should be correctly stowed in the harbor entrance at the latest; anything else is “unseaworthy”. And at the next mooring maneuver again in time correctly attached to the railing.

SeaHelp Extratipp: If the harbor is full and the yachts must lie shipboard to shipboard, a suspended fender serves as a means of communication. He signals incoming skippers: Here may like to moor one. If, on the other hand, a dinghy or small dinghy is moored next to the hull of the yacht, this is an unmistakable sign, “Adjacent berths unwelcome.”

Rule of thumb No.4: Flag lore

The host country flag should be hoisted as close as possible under the starboard rang. And this not only in the foreign port, but already at sea. Just be careful that the flag is not accidentally hanging around the wrong way (happens often with the red-white-blue striped flag of the Netherlands). Many regions attach importance to the fact that they are also present next to the national flag of the state. If you sail off Corsica, for example, you should hoist the dark Corsican with headband under the tricolor.

SeaHelp Extratipp: Do not forget to put the national flag on a flagpole in the stern or backstay! And if you are on your own yacht, you can put the stander of your sailing club under the port tack. For many charter crews it has become customary to place their own national flag on the port tack under the flag of the charter company, as the flag of the country in which the vessel is registered flies in the stern. By the way, exchanging this flag for another one for the duration of the cruise does not go down well at all, both with the charter company and in the ports!

At sea, everything is allowed that visually pleases crew and skipper and is appropriate for the weather and the situation. Naked XXL beer belly just as mini bikini with token function. But when entering the harbor, whether on their own berth or in a foreign marina, at least shorts and T-shirt must be worn.

Bench rule No.6: Own lines

The plug of the shore cable does not fit or the attachment for the hose does not correspond to the system used in the port can happen, but not having enough lines at hand when docking is a real “no go”. As a guest berth holder, using the lines of the actual berth holder or changing their routing over pilings and through rings on the pier also goes down badly!

SeaHelp Extratipp: Even if you need it only very rarely: Somewhere on board should also carry a very long hawser, so that you can safely moor the ship even in unusual circumstances or such places.

Bench rule No.7: Get off the gas

Anyone who already puts the “lever on the table” with momentum when leaving the pits is neither particularly cool, nor sovereign, but simply reckless. The recommended speed of three knots in most ports not only helps to avoid collisions and to carry out mooring maneuvers in peace, but also serves to reduce noise. Out of consideration for those around you, running generators or the ship’s diesel engine to generate electricity should also be avoided as much as possible in port. And instead of the “room volume” for music that applies at home out of consideration for the neighbors, cockpit volume now applies – even if the speakers would produce much more.

SeaHelp Extratipp: Who gives on sea with its motor yacht so correctly full throttle, should not rush too closely past clearly slower sailors. No one likes to be showered by the huge wake of a horsepower bolide at sea in their own cockpit.

Rough kicks with thick profile sole on bright deck? Not at all! On board bright soles are announced, it must be however long no longer the classical Docksides, fashionable Sneakers are just as permitted as rubber boots with bright, smooth sole. The fact that high heels are completely out of place and impractical on board is self-evident from the first step onto the gangway. Larger yachts often have a bag or a nice basket next to the gangway, in which the street shoes can be placed when entering the yacht.

SeaHelp Extra Tip: Never walk onto another ship uninvited just like that. And since yachts don’t have a bell, it’s best to rap your knuckles on the deck or ship’s side to get the skipper and crew’s attention. Actually, it goes without saying that you should not go below deck without being asked and take a quiet look at the yacht. You wouldn’t do that on land, in a private apartment. However, most owners are very happy when guests ask for a tour of the ship and proudly present their yacht.

Bench rule No.9: Helping instead of blaspheming

Watching harbor cinema at its finest from the cockpit with a drink in hand and commenting accordingly? You can do that, but it is neither friendly nor helpful. Accepting and occupying a carefully shot-up, tossed-over line is as much a part of good manners on the dock as a helpful hand when small children or older fellow sailors have to climb off the boat.

SeaHelp Extratipp: The cockpit of your own yacht is like a business card for skipper and crew. In port it presents itself tidy, all lines are neatly stowed, the towels are hung away and do not lie as a tangle on the forecastle, the cockpit table is covered.

What is discussed and confessed within the railings remains within the sea fence and is not divulged after arrival in port. This can apply to botched maneuvers with corresponding chaos potential as well as pitiful victims of seasickness (who were previously the greatest high-seas heroes at the bar) and intimate confessions.

In short: The rules of etiquette on board and in port do not differ at all significantly from the normal, polite interaction with each other, as we are accustomed to at home or on land in dealing with other people. Except for a few peculiarities that not only nerdy yachties attach importance to, but which are part of good manners in ports all over the world. If everyone abides by the rules, nothing stands in the way of a relaxing vacation in a good atmosphere! 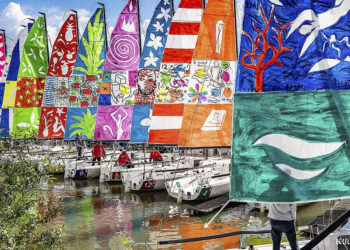 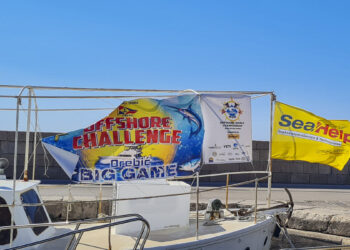 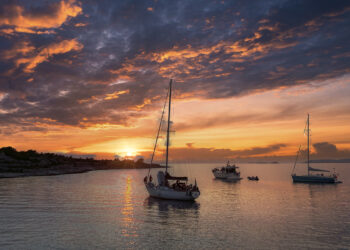