Home > Adriatic > When the sea blooms: Info about the algae and slime layer in Kvarner.

When the sea blooms: Info about the algae and slime layer in Kvarner.

The Kvarner Bay on the upper Adriatic Sea in Croatia between the Istrian peninsula in the west and the Croatian coastal land in the east with the port city of Rijeka and the islands of Krk, Pag, Cres, Lošinj, Rab, Susak, Unije, Ilovik, Male Srakane and Vele Srakane and the coastal resorts of Opatija and Lovran is one of the most popular cruising destinations for sailors and motor yacht skippers from all over the world.

Now large parts of Kvarner, the sea area between the Istrian peninsula and the islands of Cres and Unije, are covered with an unsightly brownish layer of algae and slime, which unsettles many water sports enthusiasts who are currently cruising in this area. Do the sometimes extensive carpets that have spread on the water surface have any health effects on humans, for example through skin contact when bathing or swimming? 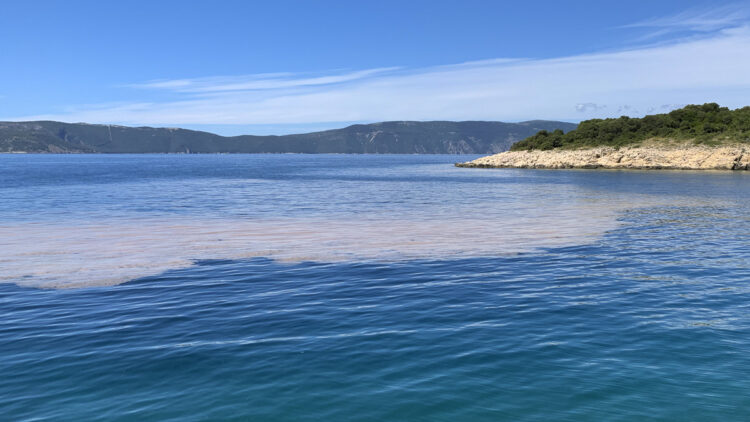 According to a post by novilist. hr from Rijeka, the slime is first of all a “natural phenomenon that occurs relatively regularly, mostly at the end of June and beginning of July, mainly due to the sharp rise in sea temperature”, and most importantly, for swimmers, the slimy mass is “unpleasant on the skin”, but otherwise “not dangerous” for bathers.

The phenomenon, which is currently most common at the end of June and beginning of July, is mainly caused by a “sharp increase in sea temperature,” says Marinko Glavan of novilist.hr. The phenomenon is “reproduction of phytoplankton,” the article quotes Dr. sc. Marcel Kovačić, museum advisor at the Natural History Museum in Rijeka. Kovačić points out that the intensity of this plankton glut depends mainly on sea temperature and the amount of available nutrients in the water.

“Phytoplankton can multiply rapidly, which can then lead to the so-called “bloom of the sea” if there are (too) many nutrients available at high temperatures,” Kovačić says. The blooming of the sea would then suddenly give rise to the slimy accumulations of unicellular algae currently observed in the water column and on the surface of the water, which would grow strongly especially if there was a prolonged period of high atmospheric pressure and calm seas. 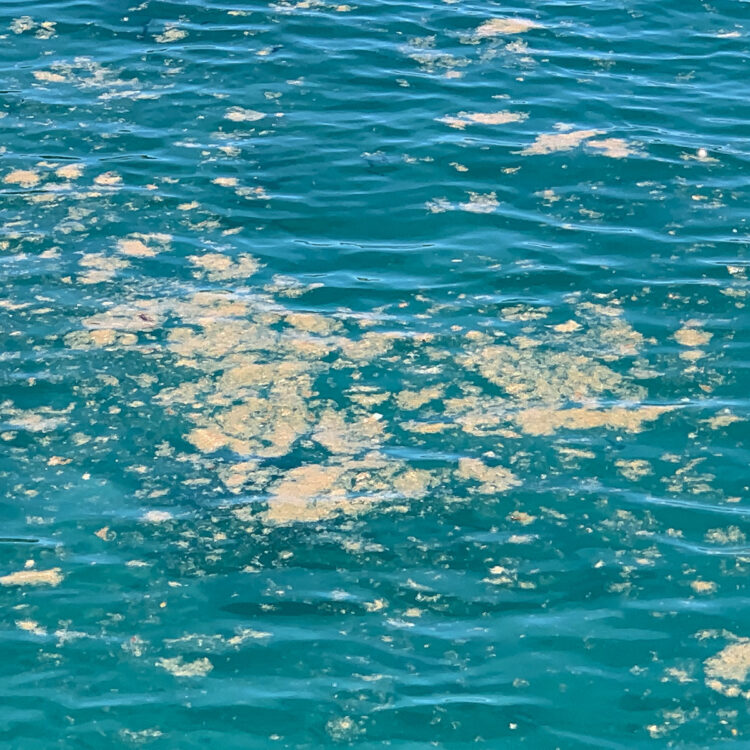 Damage to the ecosystem could occur if the algae sank towards the seabed, where the organic matter then decomposed. This consumes oxygen, which is why conditions in the water would then become partially hypoxic (lack of oxygen) or even anoxic (lack of oxygen), which could lead to the death of organisms and another chain reaction in the decomposition of new amounts of dead organic matter, says museum consultant Kovačić.

The “sea bloom” is partly caused by humans themselves or is intensified by them – as is currently the case – for example, when too much nutrient-rich wastewater from agriculture is discharged into the seawater, but for the most part this remains without consequences for the ecosystem, according to the scientist. In the case of the so-called “Adriatic sea bloom,” which is caused by indigenous unicellular algae species, he said he was “not aware that they are dangerous to bathers,” apart from the “aesthetic, tactile and visible discomfort” caused by the floating slime.

Nevertheless, caution is advised when bathing, the scientist warns: even if most of the algae and slime carpets currently observed on the water in the Adriatic are harmless to health, there have already been cases in the western Mediterranean of a marine bloom “harmful to human health” caused by invasive algal species that have been introduced into the Mediterranean. 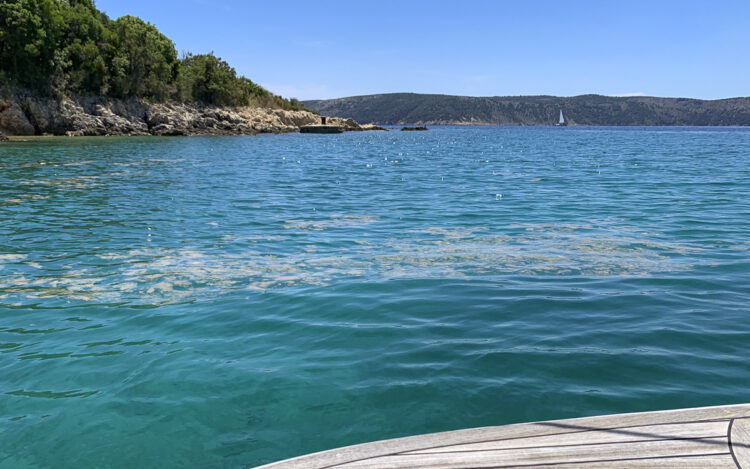 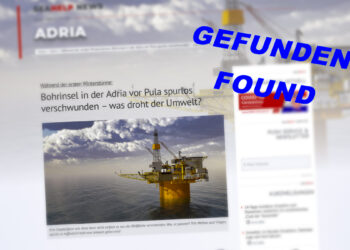