More than 43 years ago, on February 22, 1978, the first satellite of the Navstar GPS system was launched into orbit by the United States Space Forces, ushering in a new era of position determination. Originally designed purely for military purposes, civilian use was permitted by order of then U.S. President Ronald Reagan after a Korean Air plane accident in the 1980s. Since the GPS went into full operation in 1991, the previous position determination systems such as SatNav (Here a position was determined by the approx. 10-minute flyover of transit satellites several times a day) or LoranC (radio direction finding from various transmitting stations) have been completely overhauled and have almost completely disappeared.

The network, consisting of currently 31 active satellites (75 satellites have been placed so far), operates on 1575.42 MHz (in the civilian range) and provides an accuracy of a few meters. Each satellite continuously transmits its data and position determination is possible via a sound time calculation of at least 3 satellites. Since the frequency of the satellites is relatively close to the frequency of radar installations (X-band), care must be taken when installing a GPS antenna that it is not placed directly in the radar transmission cone. Large radar installations can damage the GPS antennas! 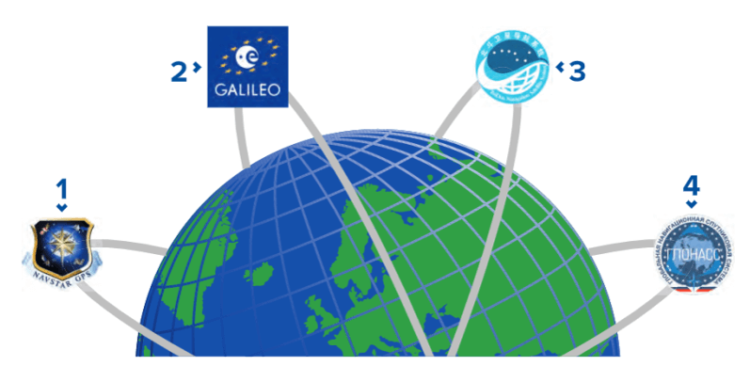 The global coverage of each system can be achieved with a constellation of 18 – 30 MEO (Medium Earth Orbit) satellites which is divided into different orbit levels. For the current system this varies, using an inclination of >50° and a period of about 12 hours at 20200 Km altitude.

With the Satellite Based Augmentation Systems (SBAS), a regional differential correction is sent in addition to the existing GNSS, which further improves the accuracy in these areas. In the following picture you can see the different systems used by the chartplotter/GPS (in the example Raymarine Axiom).

GPS receivers require “clear line of sight” to the satellites. Buildings, structures or metals in direct line of sight to the satellite (this is of course not visible to the naked eye) prevent the reception of the satellite signals and thus the position calculation. However, modern GPS antennas such as the Raymarine Raystar RS150 or the Axiom chart plotters and Raymarine radios can be mounted below deck on GRP boats and yachts without any problems. These antennas are so sensitive that even the signals weakened by GRP are still sufficient to calculate the exact position.

In the GPS receivers the “Almanac” – that is the database with the information of all satellites – is stored. This allows the GPS receiver to calculate the position (also called FIX) a short time after it is switched on.

Older GPS receivers have an internal battery needed to maintain the memory. If this battery is empty or defective, the GPS receiver needs about 30 minutes until a fix can be calculated. However, by replacing the battery, this can be fixed on many systems.

Since the calendar in the Almanac is counted in weeks and a 10-bit field was used for this purpose, there was a problem when the number of weeks reached 1024 (about 20 years). Some GPS receivers cannot display the date or year correctly since April 6, 1999 or April 6, 2019, respectively. This does not matter for the position determination but for devices with integrated tide calendar, etc., it comes there to malfunctions.

GNSS (Global Navigation Satellite Systems) is used today by ships, cars, airplanes and in the outdoor area as well as in SmartPhones etc. and is today not to be excluded from navigation. GPS receivers are already built into modern chart plotters and radios.

A special menu shows which satellites are in “view”, which are used for position calculation and how accurate the calculated position is. The combinations of radar and chart plotter and the overlay function are also only possible with GPS. 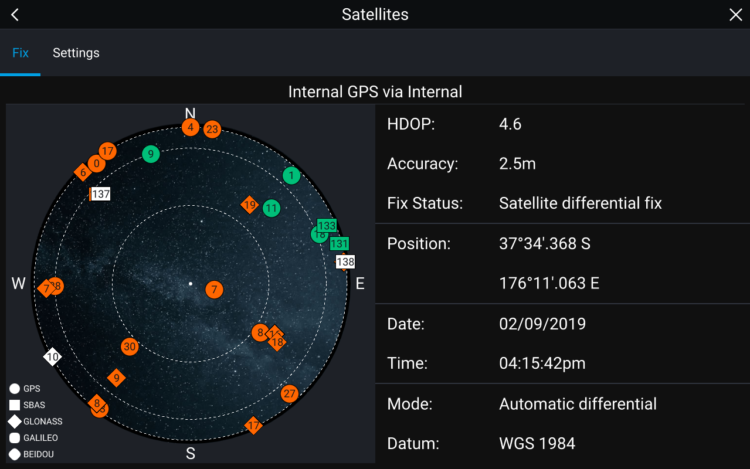 Maritime distress life buoys such as EPIRB’s and PLB’s as well as the AIS system also work with GNSS. 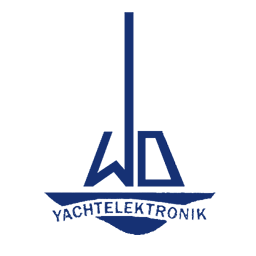 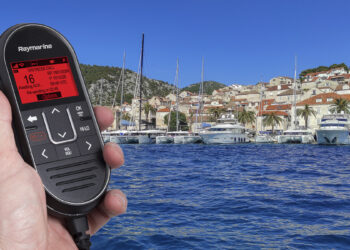 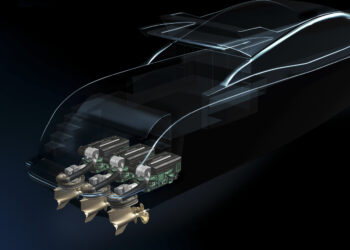 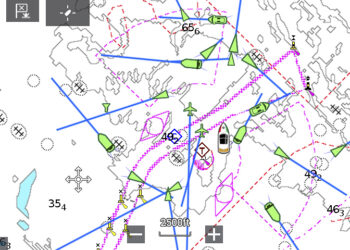