Anchoring, but correctly: 10 tips for the perfect anchor maneuver.

The goal of the trip is clear: an anchorage in a sheltered bay, in the first row, directly in front of the beach. Turquoise water and only a gentle swell that makes the yacht rock gently.

Sea charts and area guides reveal pretty much exactly where the most beautiful anchorages are and provide information about water depth, substrate, treacherous stones under the water surface and prominent buildings or restaurants on land. Insider tips are also available through numerous sailor and skipper networks. However, real insider tips have become very, very rare. Most of the beautiful bays have already been explored by other sailors. If you know what to expect when approaching the bay, you will sail into it much more safely and confidently.

SeaHelp extra tip: Critically check the weather report, with winds over 15 knots a night at anchor can be very uncomfortable.

2. The right timing when anchoring

Few yachts stay more than one night at an anchorage. After breakfast and swimming, most say “anchor up” and the bay empties. Around noon, excursion boats and small motorboats arrive and depart again during the afternoon. And the bay fills up more and more with new arriving yachts during the day. While the first skippers can still choose a place in the first row directly in front of the beach to anchor, it becomes more and more difficult towards evening to still find a sheltered place.

When entering the bay, the deck should be cleared and the forecastle should be clear so that a crew member can easily remove the anchor from the securing device. The skipper should have a clear view forward, and any obstructing biminis or awnings must be removed or folded up beforehand. If a dinghy is being towed, a crew member must take the line short and make sure that it cannot get into the propeller. 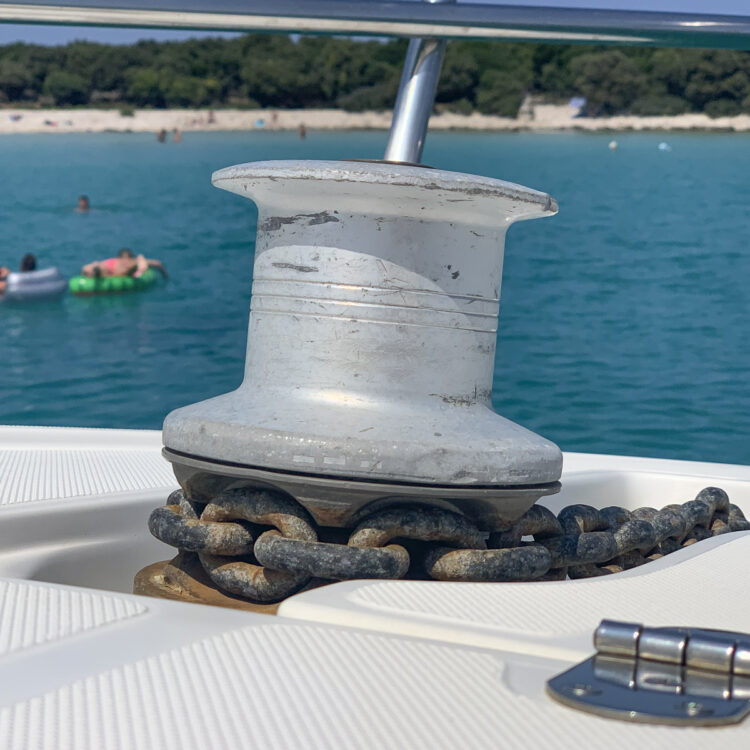 The ideal anchorage has a sandy bottom, a water depth between three and five meters, and provides enough space for the ship to float in all directions even in shifting winds without obstructing another ship or getting too close to rocks. However, anchoring can also be done without problems on ground overgrown with sea grass; if the bottom of the bay is rocky, special care must be taken to ensure that the anchor holds securely.

Whoever is new to the anchoring spot must look for a place not too close to the already anchored ships – the shwoj circle is something like privacy in the anchoring bay. Also, make sure to anchor far enough away from the bathing boundary and also not in the middle of the entrance for the inflatable boats to the beach, which is usually marked with yellow buoys!

SeaHelp Extratip: If buoy fields are laid out in the bay or offshore, the use of which is subject to a fee, free anchoring is prohibited in many of these areas! In other buoy fields, eg in Croatia, may still be anchored, but must then also be paid for the anchorage.

Before dropping anchor, it is necessary to consider where the anchors and chains of the other ships are located. No one is happy if you drop an anchor over one that is already lying, or fabricate a Gordian knot on the bottom with different chains.

SeaHelp Extratip: If the bay is narrow and with large stones on land, you can also moor with the stern of the anchored yacht and long lines ashore. The ship is so very quiet and has no Schwojkreis. Beforehand, be sure to check whether the water depth is sufficient even in the immediate vicinity of the shore. 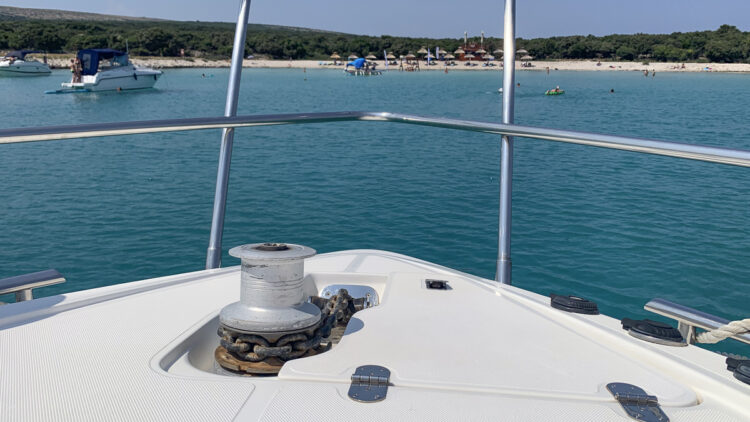 The ship is placed with the bow into the wind and the sailing is stopped, at the command of the skipper the anchor, which has already been previously released from its security and gently swings in front of the bow, is dropped. Most yachts have an electric windlass, so the heavy anchor goes down without much effort. Once it has reached the bottom, enough chain still needs to be put in place to keep the ship secure.

Rule of thumb: In good weather forecast, five times as much chain as water depth, with more wind seven to ten times as much chain. Markings on the anchor chain help the crew to see how many meters of chain are already in the water. To dig the anchor in properly so that it can develop its full pulling force, sailing yachts are then given a strong backward throttle once. If you feel the counter pull on the chain, you can be sure that the anchor will hold.

SeaHelp Extratip: If possible, select the anchorage so that the wind blows offshore and no waves are in it. 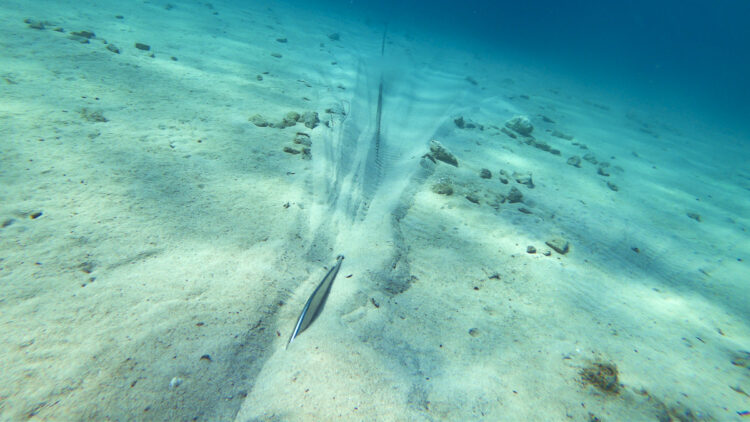 When at anchor, the anchor does not move and maintains its position – a bit like a car stopping with its parking lights on. As a visual signal is set the black anchor ball, two plastic discs of about 30 centimeters in diameter, which are plugged together and are positioned clearly visible on board, bsp. between forestay and shroud.

Significantly more important than the anchor ball, which in reality most skippers are only too happy to forget when anchoring, is to turn on the white anchor light at the masthead at night.

If the GPS system has the function “anchor alarm“, this alarm function should be turned on especially overnight, in gusty, stormy weather, or in a bay with a lot of current. If the anchor moves over ground and threatens to cause the vessel to drift away from its position undetected, an alarm will sound.

SeaHelp Extratip: In clear visibility, dive along the anchor chain to the bottom and check the safe position of the buried anchor.

On to new destinations, undiscovered bays and gorgeous beaches? Then start the engine, operate the windlass and bring the anchor back up. While you’re at it, slowly make your way through the water and sail in a wide arc around all the other yachts still at anchor. While doing so, raise your hand in a friendly greeting – it’s not uncommon to see each other again in the next bay.

For an overview of Croatia’s most beautiful anchorages with lots of pictures and videos, check out the SeaHelp App or also here directly at YouTube. 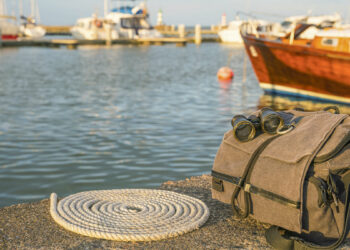 Packing list for the first trip: „I pack my sea bag and take with me…“ 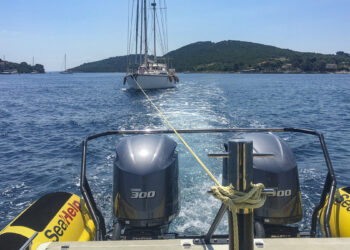 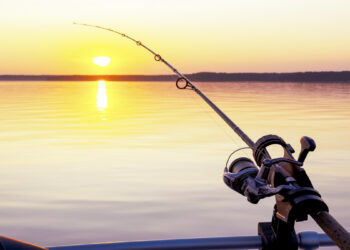 Fishing from the yacht in Croatia: What permits and licenses are needed?