Autor: Wolfgang Kröger
"Fill her up, please." Directly from the tanker it should actually be particularly cheap, thought obviously a skipper, who was on the way before the north Dalmatian island Molat and discovered a tanker at the quay wall.

The crew of the tanker, not necessarily speaking German, was nevertheless extremely helpful and willingly handed over the spick and span tanker hose. After between 200 and 300 liters had changed hands, it was time to pay.

Only then was it noticeable: Although it was undoubtedly a tanker that was moored at the quay wall of Molat, it had no diesel fuel in its bunkers, but pure drinking water, which is regularly supplied to the inhabited islands of the Kornati islands during the summer months. Truly stupid for the careless skipper. At least after this faux pas he reacted correctly and didn’t even try to start the engine, but immediately called SeaHelp for help. Towed behind the emergency boat, he headed for the next port, where the tank was thoroughly cleaned.

A small consolation for the unlucky maritime man: Due to the “water flushing” with subsequent tank cleaning, he should now be immune to the diesel plague. In the future, he will probably use the SeaHelp app to avoid further confusion. The app lists the correct diesel filling stations and some even offer a discount if you identify yourself as a SeaHelp member. 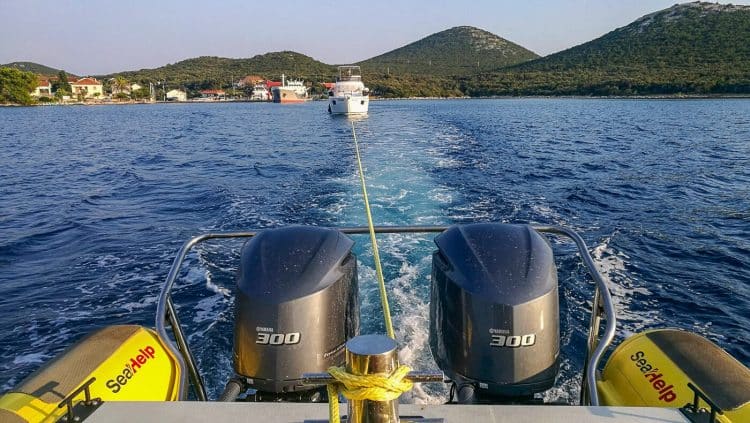