17.05.2022
in SeaHelp
|
Update: 17.05.2022
|
Autor: Matthias Müncheberg
Inhalt Anzeigen
1. The new operational boats from the Axopar range will be stationed in Pula and on the island of Rab
2. The multifunctional boat has excellent seaworthiness even in rough seas
3. Conversion, equipment, testing and certification of the 400-hp boats take place at the operations center in Punat
4. SeaHelp is the only company in Croatia that is allowed to tow private boats commercially
5. The nav equipment is high quality and comes from Raymarine; the lights are supplied by Hella Marine

What would Europe’s largest breakdown and recovery service for recreational boating to provide assistance in non-life-threatening situations be without the appropriate, professionally equipped rescue boats? To meet the growing need for modern response boats, the SeaHelp fleet is getting two additions in the coming days. Quick check of the two new 400-horsepower, 28-foot-long lifeboats from Axopar.

SeaHelp rescue boats, also known as the “yellow angels on the water”. are not only up to 48 knots (just under 90 km / h) fast, but on top of that pure “pack mules”: salvage balloons, pumps, additional life jackets, equipment for divers, jump-start box and all sorts of other utensils that are particularly useful for rapid assistance at sea are on board in the large back boxes.

But SeaHelp does not only attach great importance to the quality of the hull, also the equipment of the rescue boats has to be of top quality and extremely reliable. For example, sufficient safety life jackets for up to 12 people are on board for passenger transport, and diving operations up to 25 meters are possible thanks to special diving equipment carried on board.

By means of powerful suction pumps and air bags, leaky boats can be kept afloat.In addition, the equipment of each SeaHelp rescue boat includes a 2 KW power generator as well as standard spare parts such as V-belts, impellers or thermostats for the most common engine manufacturers such as Volvo Penta, Yanmar, MAN, Yamaha or Caterpillar.

No less than two of SeaHelp’s fast, robust, yellow-painted response boats will be added this season. “In order to be able to cover our new bases in Pula and on the island of Rab in the future with professional response boats, we have ordered two more boats of the proven and multiple award-winning Axopar 28 series”, says SeaHelp managing director Wolfgang Dauser.

This would significantly reduce waiting times for SeaHelp members when calling for help in these regions.

The multifunctional boat has excellent seaworthiness even in rough seas

Also popular with recreational boaters in the private sector, the 28-foot (9.18-meter), multi-purpose Axopar 28 from the Finnish shipyard of the same name is a multifunctional boat with a modern, dynamic style combined with an agile and fuel-efficient hull that excels in seaworthiness even in rough seas.

Versatile and easy to handle, the walkaround cruiser offers plenty of space for all the needs of an operational boat with rescue tasks thanks to its spacious configuration, and the walkable deck layout guarantees safe freedom of movement and a functional platform. 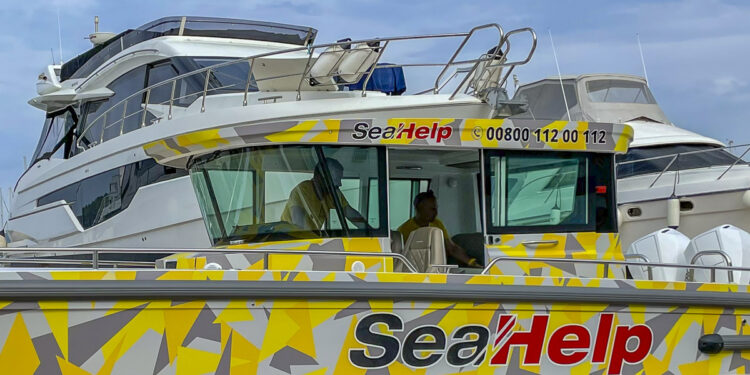 Conversion, equipment, testing and certification of the 400-hp boats take place at the operations center in Punat

In addition, the two-stage hull with a low center of gravity and deep V configuration ensures good directional stability and grip during turns, important especially when waves and wind make navigation difficult.

The boat, which is just under ten meters long, has an enclosed cabin – important for the operations team to be able to work in a well-protected and concentrated manner during prolonged rescue missions, even in extreme heat, cold, rain or storms.

“The new rescue boats were taken over from dealer Boote Polch and will initially be transferred to our operations center in Punat in the next few weeks”, says Wolfgang Dauser.

After a conversion of the boats and equipment there for their future rescue and assistance mission, the stability test for commercial towing operations then follows; Sea-Help is the only company in Croatia that has this certification and is allowed to tow private boats commercially, he said.

After that, the boats will be officially registered and then quickly transferred to the new bases.

The nav equipment is high quality and comes from Raymarine; the lights are supplied by Hella Marine

Equipped with two 200-horsepower outboards each, the new response boats, like their sister boats, will also receive complete navigation equipment from Raymarine, including autopilot, plotter, radar, BiData and a weather station, as well as a tracking system for mission coordination.

The special searchlight system with more than 60,000 lumens of light output is supplied by Hella-Marine, ensuring full operational readiness even in the dark. 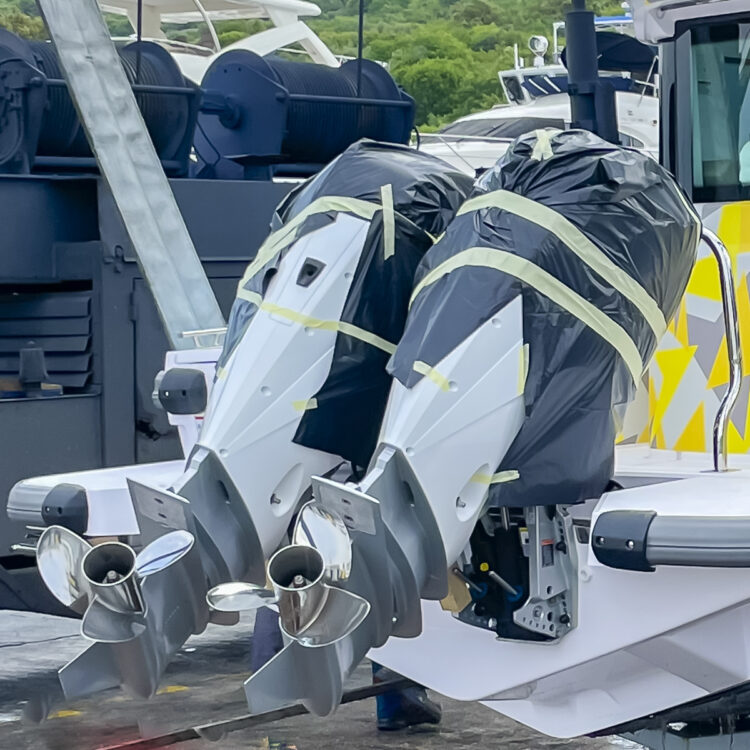 Tags: BoatSeaHelp Fleet
PrevPrevious24/7-Service: SeaHelp is available in case of breakdown or emergency via app or with the phone helplines around the clock
NextCustoms regulations: Import duties when buying a boat – What to look out for.Next
SeaHelp Service
Current fuel prices
Für tagesaktuelle Kraftstoffpreise
bitte hier klicken!
SeaHelp Service