9.08.2019
in SeaHelp
|
Update: 13.04.2020
|
Autor: Wolfgang Kröger
The Croatian coastline is 1,777 kilometres long and adding the 1,185 islands, it totals to more than 6,000 kilometres of coastline, according to official measurements. Even relatively unexperienced skippers should be aware that, especially during the summer months, severe local storms might approach all of a sudden, in no way predictable when watching the daily weather report in the morning. However, those who want to be on the safe side, should make sure to have the SeaHelp app loaded on their smartphone, in addition, of course, to the normal precautions, as the app will always give a warning of such metrological incidents via push news and a clearly audible ship’s horn.

SeaHelp staff in the headquarters at Punat are constantly focussing on the development of the marine weather and, in addition, the rescue forces along the Croatian coast are all along reporting about the short-term weather conditions. If bad weather is on the way, a respective weather warning will be launched via the SeaHelp app.

During the weekend of August 2 and 3, 2019, it could be proved how effective the SeaHelp weather warning is indeed when a warning was given via app at an early stage: SeaHelp members remained largely spared from the capricious weather conditions, while skippers who had failed to install the app, ensured once again intense activity at the operational bases.

At the site of damage it’s always the same excuses, ranging from ”the anchor did not hold‟ to ”after dinner the boat was gone‟ up to ”all of a sudden we were sitting on the rocks‟ or ”the weather had not been predicted like that‟. A SeaHelp staff member co-ordinating the rescue works, sums it up as follows: ”Yes, response in time would have been possible, if the app had been properly installed. A SeaHelp weather warning can hardly been overseen, let alone overheard.‟ 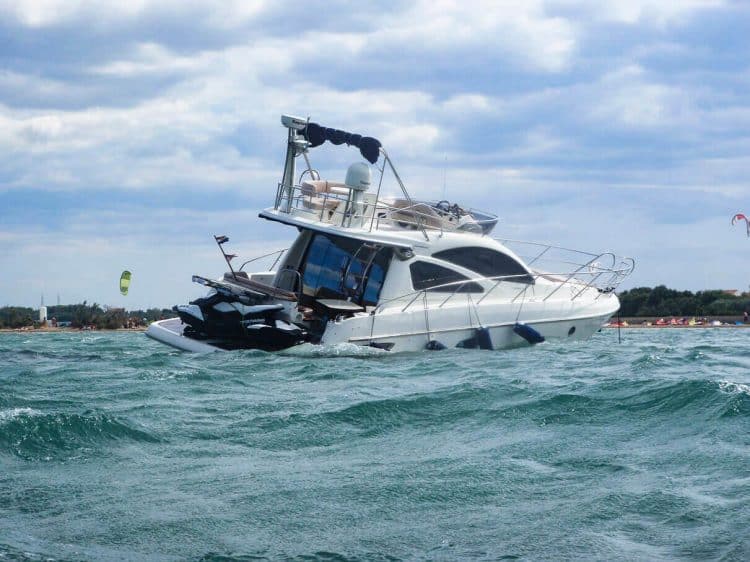 Any damage to the ship burns a hole in your pocket, in some cases there are even personal injuries.In any case, the holidays are normally spoilt. The SeaHelp app for Android and iOS devices are entirely free of charge (e.g., Lipar), but provide a lot of security and can be used by members as well as by non-members. Its comprehensive variety of functions allows, e.g., in addition to the weather warning, to call for help via the integrated emergency call button in any case of damage. At the same time, the current co-ordiantes will be passed on to the SeaHelp headquarters.