Home > This & That > Swaying sea level: As the sea plays so

Swaying sea level: As the sea plays so

The sea level of the oceans is not constant, but changes continuously. The phenomenon of tides is familiar to all; the average water level seems to remain more or less the same during the short period of a human lifetime. But this is not the case. It can change by a few millimeters, but also in the meter range within a century. The causes are far more complex than simple melting of glacial ice.

The furious strike of a stingray: An Australian aboriginal legend recounts a dramatic experience of their early ancestors. The sea had risen so rapidly that the coastal inhabitants had to retreat inland as their previous habitat was swallowed up by the sea.

It is human nature to look for the causes of such events. According to Aboriginal legend, one of them harpooned a ray. These animals were considered sacred, and the wounded fish lashed out so wildly that it whipped up the sea, flooding the coast and thus punishing this sacrilege.

The aboriginal tale of the rapidly rising sea level could be confirmed by modern research. About 10,000 years ago, the continental shelf off the east coast of Australia was flooded. The beautiful story of the stingray as the cause of the sea rise has been replaced by scientific evidence. This article reviews the current state of research regarding sea level fluctuations.

The legacy of an Austrian geologist

Eduard Suess (1831-1914) was one of the most recognized geologists of his time. The construction of the 1st Vienna High Spring Water Pipeline is owed to his efforts and also the Danube regulation goes back to him. For this he is still known to a wide public today. Less known is that he developed a fundamental theory of sea level fluctuations. During his geological inspections of the Waldviertel, especially in the Eggenburg area, he did not miss the numerous fossils of marine organisms.

But how was it possible to explain the presence of marine fossils in a landscape that today is far from any seashore? One possibility would be the uplift of the land. But since Suess also knew of Mediterranean deposits quite similar to those in the Waldviertel on the edges of the Hungarian lowlands, he concluded that such extensive uniformity could be explained not by uplift of the land but by lowering of sea level.

Suess, in his work published in 1888, distinguished between positive and negative eustatic movements or sea level fluctuations. The positive fluctuations referred to the rise of the sea, today called transgression. The result is an inland advance of the coastline.

The negative fluctuations denoted the fall of the sea level, today called regression. This is associated with a seaward retreat of the coastline. Suess assumed the changes in the volume of the oceanic basins as the main cause of these migrations of the coastline. In his opinion, it was entrained sediments that reduced the volume of the oceanic basins, causing the sea to rise.

On the other hand, he thought that the collapse of some basins led to the increase of the volume and thus to the decrease of the sea level. In accordance with a climate-related theory of the German geologist A. Penck, the influence of the ice ages also seemed important to him, since large amounts of water are bound as ice during cold periods. If the continental ice melts during warmer periods, this leads to a rise in sea level.

Today, eustatic sea level variations are described on a global scale with respect to an unaffected fixed point, which is the center of the Earth. This method of modern earth science is called eustasy. The cause of sea level fluctuations is considered to be both changes in the global water balance and changes in the volume of ocean basins. The following eustasies affect sea level.

The time scales for these processes are between 100,000 and 10 million years. The extent of the resulting sea level fluctuations can range from 10 to several 100 meters. In the Cretaceous period, between 100 and 80 million years before today, sea level was about 170 meters higher than today. Like Eduard Suess, his colleagues in the field today see the changing volume of ocean basins over geological epochs as the most important cause of significant global sea level fluctuations.

This refers to the binding or release of water in continental ice sheets and glaciers. In the first case, the sea level decreases (regression), in the second case it increases (transgression). In the current climate warming with melting ice masses, this glacio- eustasy is a dominant topic in the media.

In geological periods, climate changes have caused huge fluctuations of the sea level. During the last cold period, the Würm Ice Age, so much water was trapped by land ice that global sea level was about 130 meters lower than today. That ice age ended about 10,000 years ago, the ice began to melt, and sea levels rose worldwide – we’ve landed in the time frame of the Australian stingray legend.

As a result of global warming, ocean temperatures are also rising. Warm water expands and the increase in water volume causes sea level to rise as well. However, the temperature distribution in the ocean is not uniform.

This is one of the reasons why different values of sea level rise are measured in different ocean regions.

This refers to relative sea level fluctuations. For example, when the ocean floor is stressed by an increase in water volume, compensatory movements of the Earth’s crust occur. This isostatic lowering of the ocean floor can, in turn, cause the continents to rise, affecting regional sea levels.

All of these enumerated mechanisms do not act on their own, but overlap each other. Over geologic time, sea level fluctuations have been the rule, not the exception. Currently, a rise in global sea level of about three millimeters per year is observed. The main causes are probably the melting of ice from Antarctica, Greenland and mountain glaciers (glacio- eustasia) and the expansion of sea water due to warming (thermo- eustasia).

In any case, the multiple causes of sea level fluctuations are very complex and tempt to simplistic explanations. This is then the great hour of the demagogues, whose range extends from Cassandras to disavowers. Our attention should not belong to them, but to the efforts of science, which will be challenged in this field for a long time to come. 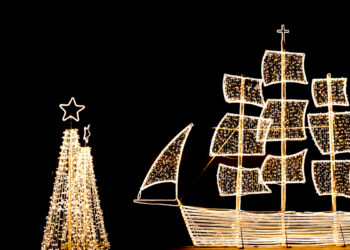 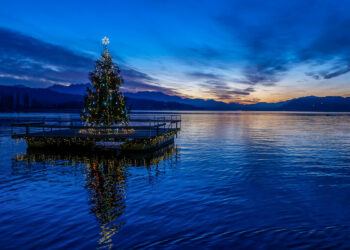 Christmas gifts for sailors: Technology that inspires (not only on the gift table). 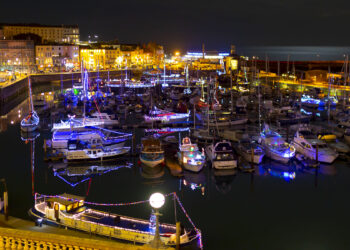