If you are traveling in Dalmatia with your own or chartered boat, you should definitely make a stop at SeaHelp partner Olive Island Marina on the island of Uglijan, just opposite Zadar. Here there is not only a 360 degree marina service and 250 berths of the extra class, also the Olive Garden restaurant offers fresh, affectionately prepared delicacies from Dalmatia – and completely new also specialities from the Wok. Tip of the SeaHelp editors for a successful cruise. 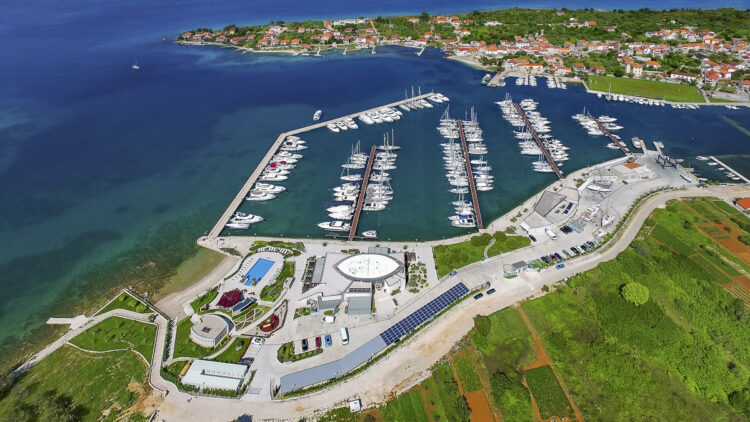 Olive Island Marina, lovingly run by Austrian water sports enthusiasts, is a small idyll in Dalmatia and has long since ceased to be an insider tip: the family-run marina is well protected in a bay just 15 minutes from the mainland. Here, on the outskirts of the village of Sutomiscica on the “olive island” of Uglijan just opposite Zadar, yacht owners can expect many amenities and a high-quality service that makes a yachting vacation a relaxing pleasure.

But not only because of the exceptional service and friendly marina staff, many yacht owners tie up their lines at Olive Island Marina: many water sports enthusiasts also appreciate the easy and fast connection by boat or ferry to Zadar, which with its warm and romantic ambience, combined with old Dalmatian customs, provides unforgettable cultural impressions and unadulterated vacation pleasure in the heart of Dalmatia.

Highlight in the marina is the Olive Garden Restaurant

However, the absolute highlight in Olive Island Marina is the cozy Olive Garden Restaurant, which always offers its guests fresh and high quality traditional Dalmatian dishes at fair prices, refined by creative ideas of modern cuisine. “Our philosophy is that quality comes first. That is why our food must be fresh every day and is supplied only by the best producers from the region,” says Anto Loncar, chef of Olive Garden Restaurant.

“Fresh fish and meat from the wood grill, pasta with different flavors, cold appetizers made from local products and a top selection of desserts are just some of the specialties offered in our restaurant,” says Loncar. However, the latest highlight of the Olive Garden Restaurant’s kitchen team are Asian-inspired dishes, freshly prepared in a wok and cleverly combined with Croatian cuisine.

New in the offer are four different wok dishes, there is also something for vegetarians

“In particular, four different wok dishes are what we specialize in here at Olive Garden Restaurant,” says restaurant manager Marko Dujic: wok with beef fillet, wok with shrimp and calamari, wok chicken and a vegetarian wok.

When preparing in a wok, the basis consists of standard products that can also be found in Asian woks, says Marko Dujic. These include onions, carrots, leeks, peppers, cabbage, soy sauce, peanut oil, sweet chili sauce, teriyaki sauce, but also foods that are found only in the Mediterranean or Dalmatia, such as zucchini, eggplant, olive oil, olives, fennel, parsley, and white wine from the region.

Basmati rice and rice noodles are served as side dishes with the wok. Thereby the “freshness is guaranteed”, because: “we buy all ingredients from local suppliers, meat from a local butcher from Kali, vegetables from Mrs. Nada from Preko as well as fish, squid and octopus from a young fisherman from Zadar”, says Marko Dujić.

As a welcome, there is a klapa, a traditional Dalmatian song

And that’s not all: with a little luck, restaurant staff will greet dinner guests with a traditional Dalmatian klapa, a mostly unaccompanied polyphonic chant performed on special occasions in the southern Croatian historic region of Dalmatia. The touching songs are about love, wine, home and – of course – love of the sea.

“The Olive Garden restaurant and the Olive Island marina, partners of SeaHelp for many years, are for me among the most beautiful, well-kept and friendly destinations in Croatia. The cuisine is also exceptional,” says SeaHelp managing director Wolfgang Dauser.

The Olive Island Marina on the Web 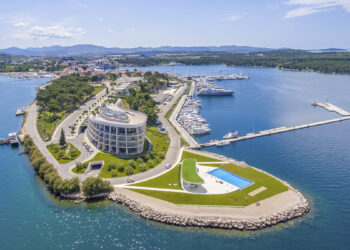 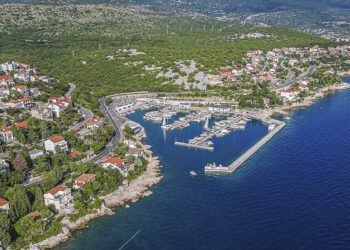 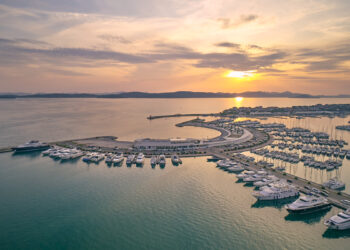