Soon almost all yachts in the Marina Mitan in the Kvarner Bay near Novi Vinodolski can have a roof over their heads, or more aptly, over their decks, because the new 3,350 square meter hall as winter storage for boats and yachts is to be completed before the end of December. Owners can then decide according to their own taste whether to book the combination 6+6, i.e. 6 months mooring in the water and 6 months indoors or outdoors. Monthly or annual contracts can also be concluded for the indoor berth. A spokesman for Marina Mitan: “Due to the increasing demand for yachts to be accommodated in a sheltered hall during the winter months, we decided to build the new facility!”

A good decision, because when it comes to maintaining the value of a yacht, the environment, that is, the berth and the protected winter storage play a not insignificant role. This fact is always made clear to the permanent berth holders in Marina Mitan near Novi Vinodolski, because due to the mountain spring water from the Velebit mountains gushing into the bay, the salt content of the seawater in the area of the berths decreases noticeably. And less salt in the sea water generally means less aggressiveness towards the parts of the yacht that come into direct or indirect contact with the sea water.

However, those seeking further protection for the yacht can now also have it wintered in a second newly built hall, or dry marina, which is scheduled for completion in December. 6 + 6 is the name of the offer that Marina Mitan makes to its permanent berth holders: With the reservation of a berth can be booked equal to six months on land, either in a hall or under the open sky, and six months in the water, so to speak, as an “all-round carefree package” for the stable value of the respective yacht. But also monthly or yearly contracts for the use of the new hall can be concluded by the owners, there the marina shows itself customer-oriented and flexible.

6 + 6 offer for owners in winter storage

Here, the term “all-round carefree” may be taken quite literally: At the end of the water sports season in Novi Vinodolski, the yacht owner draws up a wish list of work to be done on his yacht during the winter months. A crane at Marina Mitan with a lifting capacity of up to 20 tons carefully lifts the yacht out of the water to prepare it for transport to the winter storage facility about three kilometers away. Once there, another crane takes over to transport the yacht to its usual place for winter storage – either in the 3,120-square-meter hall for up to 80 yachts with a length of just under ten meters or in the specially secured outdoor area, or soon in the second hall with a floor area of 3,350 square meters.

If the yacht owner wants to do some work himself, there are rest areas available, as well as lockable compartments for his belongings and a well-equipped workshop. Most owners, however, prefer to have the necessary activities carried out by the Marina Mitan staff. They are all specialists in their field and take care of activities such as general maintenance like applying antifouling, washing, polishing and installing and checking the technical equipment on board. Of course, the engines are also carefully preserved according to the manufacturer’s specifications.

With the new construction of the second hall for wintering boats, Marina Mitan achieves a level of service that pleasantly sets it apart from other marinas. The guest or the boat owner is clearly in the foreground: if desired, he takes over a perfectly maintained and winterized yacht in the spring, so to speak as an all-inclusive package.

The completion and commissioning of the new hall is still expected in December 2021. A spokesman for Marina Mitan continued, “The interest in this, decidedly high level of service for our guests has increased enormously in recent years, so we have decided to take this step to further professionalize the winter service.”

This offer ultimately brings the 360-degree concept of the Marina Mitan, which starts with material-friendly accommodation of yachts in the marina, continues with friendly and courteous service during the period of use in the summer months and finally lays the foundation with professional service offers in the winter months so that owners can also enjoy the coming season without worries.

Location advantage: proximity to the islands of Rab and Krk

With 180 berths for boats and yachts up to 30 meters in length, Marina Mitan, built in 2017, is one of the leading marinas in the Kvarner region. Skippers appreciate the location in close proximity to Novi Vinodolski not only for the advantageous natural conditions and its services, but also for the preferred location, especially the proximity to the islands of Rab and Krk. 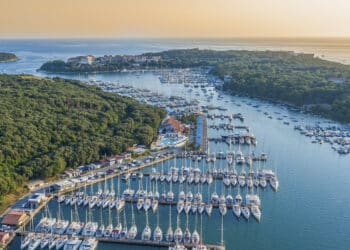 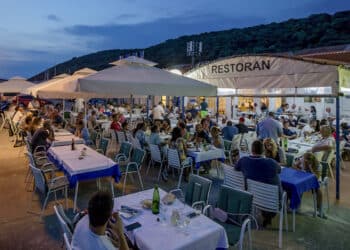 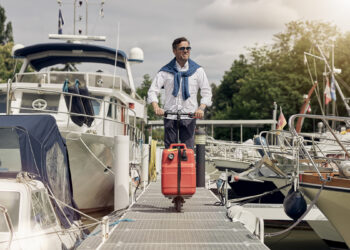