26.07.2022
in Guide
|
Update: 26.07.2022
|
Autor: Matthias Müncheberg
Inhalt Anzeigen
1. When a flight is canceled, those affected can claim compensation under EU air passenger law
2. Good to know: the amount of compensation depends on the length of the flight
3. In case of delays, the airline pays if it is responsible for it – and it is more than three hours
4. Compensation is compensation for lost time and inconvenience suffered
5. Important: in Germany, affected persons can assert their claims for three years
6. If one cannot reach his booked yacht or not in time, must be distinguished between individual and package tour
7. In the case of a package tour, those affected can possibly demand a refund of the travel price
8. If luggage is lost, those affected should fill out a report while still at the airport to protect their rights
9. Everyone can easily check online if there can be compensation and how much
10. Affected persons who try to assert their rights on their own are often put off or ignored

Who wants to start into the long-awaited vacation and, for example, has chartered a yacht from a certain date, usually relies on the fact that the flight takes off as planned. Unfortunately, it happens again and again that flights are delayed, cancelled or the connecting flight is missed. SeaHelp spoke with Dr. Philipp Kadelbach, founder of flightright, about possible claims of affected parties..

“The flight chaos is felt at the moment at almost all airports and airlines”, says Dr. Philipp Kadelbach, founder of flightright. At Flightright, he sees the lawyer a significant increase in numbers. Compared to the previous year, there is a tenfold increase in requests. Also in comparison to the last “normal” year 2019 twice as many inquiries are present.

“The good news for affected travelers: In such cases, travelers have extensive rights under EU Passenger Rights Regulation 261/2004, and they may be entitled to a ticket refund or compensation, says Kadelbach.

For the inconvenience caused, this is at least a “small compensation,” says the resourceful lawyer, who himself is passionate about sailing and currently skippers with the offshore racing team Rafale. The EU Passenger Rights Regulation applies to flights that take off from or land in the EU. In the second case, the airline must also be based in the EU, he said.

When a flight is canceled, those affected can claim compensation under EU air passenger law

If the flight is canceled through no fault of the airline, those affected would have a right to a replacement flight or a rebooking, or could claim back the ticket costs including any additional costs for seat reservations or baggage; vouchers would not have to be accepted.

If the cancellation occurs at very short notice, if the airline is to blame, and if the airline does not offer a replacement flight to those affected, they can claim both compensation and a ticket refund.

Good to know: the amount of compensation depends on the length of the flight

The amount of the compensation claim is based on the length of the flight route. How expensive the flight ticket was, plays no role for the compensation. For short-haul flights (less than 1,500 kilometers), those affected are entitled to compensation of 250 euros per person according to EU Air Passenger Rights Regulation.

In case of delays, the airline pays if it is responsible for it – and it is more than three hours

If the flight arrives more than three hours late at the destination, those affected may be entitled to compensation under EU law, provided that the airline itself is responsible for the flight delay, flightright continues. If there are long waiting times at the airport due to the delay, the airline must provide those affected with free drinks and snacks.

The requirement on these supply achievements is likewise regulated in the European Union regulation. “Very important: To be able to claim compensation in the event of a flight delay, the arrival delay and not the departure delay is relevant,” says Philipp Kadelbach.

Compensation is compensation for lost time and inconvenience suffered

Kadelbach: “compensation under EU law is, so to speak, compensation for travelers for lost time and inconvenience suffered”.

Under a ticket refund is understood the repayment of the ticket price. If a flight is cancelled without replacement, or if the flight times are greatly delayed, the airline must refund the money to those affected. In some cases, those affected by a flight cancellation could even be entitled to both, a refund of the ticket and compensation.

Important: in Germany, affected persons can assert their claims for three years

In Germany, those affected can assert their claims under EU air passenger law against the airline for up to three years after the problem flight; the deadline is calculated at the end of the year in this case, flightright states.

“So if you experienced a flight delay, cancellation or other flight irregularity in 2021, you can claim compensation or ticket reimbursement until the end of 2024,” advises flightright enforcer Kadelbach.

If one cannot reach his booked yacht or not in time, must be distinguished between individual and package tour

If vacationers have chartered a boat or a yacht and do not get there in time due to the current flight problems, a distinction must be made between individual and package tours.

If flight and boat were booked separately from each other, it can be that particularly with short term flight cancellations no proportional costs or total costs of the boat rental are to be refunded. If necessary, an insurance helps here, or the rental shows cooperative in the reimbursement.

In the case of a package tour, those affected can possibly demand a refund of the travel price

In the case of a package tour, the situation is different: a package tour basically consists of at least two different types of travel services (for example, flight, hotel, rental car, boat, etc.), which are combined under one contract for the purpose of the same trip. There the rights of holidaymakers:inside are regulated in the EU Package Travel Directive.

This says clearly: if a trip can not be carried out as planned, organizers can cancel it. “In this case, travelers must get their money back for the flight, hotel and rented boat/yacht,” says Kadelbach; in this case, it is also not necessary to accept vouchers for a cancelled package vacation, those affected can insist on a refund of the travel price.

If luggage is lost, those affected should fill out a report while still at the airport to protect their rights

If the suitcase is lost during the trip (in which the tailor-made expensive sailing wardrobe, the matching life jackets or the diving equipment has been, editor’s note), air travelers should take action as soon as possible and fill out a so-called PIR, a Property Irregularity Report, directly at the airport at the airline counter, advises the fightright professional.

In addition, the delayed baggage should be reported to the airline in writing within a period of 21 days. The same deadline applies to package travelers, but they must report the loss to the tour operators along with the PIR document.

In addition, it is possible to be reimbursed by the airline for necessary items of clothing and toiletries needed at the point of arrival due to the loss of the suitcase, upon presentation of the receipt (note: as certain items belong in hand luggage, valuables such as jewelry, money or laptops are excluded from liability).

“If you are affected by a flight irregularity, you should check whether you are entitled to compensation from the airline for the inconvenience caused or whether you can claim a ticket refund,” says the sailing lawyer. With the online calculator of flightright you can determine that yourself online in a few steps.

“Also remember to have the airline confirm the reason for the flight problem in writing. This can be helpful for the later assertion of your claims,” Kadelbach also advises. If the flight problem occurs at very short notice, for example, if one is already at the airport, and there are long waiting times, then those affected should insist on the airline “absolutely on the benefits to which you are entitled”.

In any case, it is advisable to seek professional assistance for the enforcement of claims, otherwise the airline may try to simply sit out the problem. “Passengers who assert their claims on their own are often put off or even completely ignored by the airlines,” says Philipp Kadelbach.

His advice: “Rely on experienced air passenger rights experts or experts like flightright. They help to enforce the right successfully”. For this, you do not have to do much yourself as a victim: “Simply enter your flight data online at flightright. If there is a claim, you can immediately instruct us in a next step with the collection of your claims. Subsequently, the experts take over the case and ensure that affected people get their money from the airline”.

Then, as charterer, you may still not reach your booked ship on time, but at least you will certainly receive compensation for the inconvenience – good to know in the current post-Corona period, when on the one hand there is a lack of staff at the airports, but on the other hand passenger numbers are rising sharply due to vacations and seasonal factors. 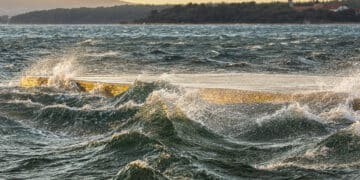 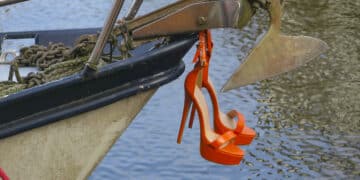 The right shoes on board: Docksides, boots or yet sneakers? 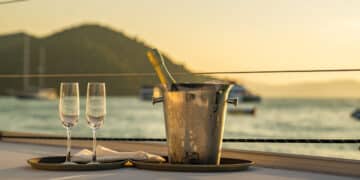 Ten tips for landlubbers: The first time as a guest on a sailing yacht 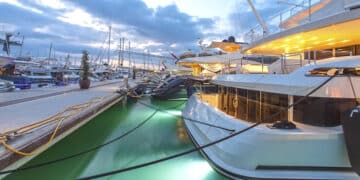 Light in the cockpit: Atmospheric lamps for the best place on board 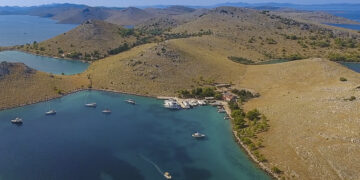 If it must go once quickly: The free, interactive map of the SeaHelp app informs reliably and comprehensively… 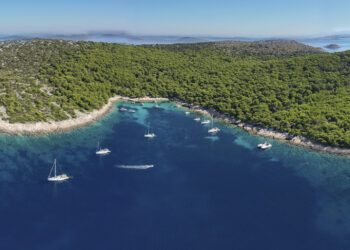 Tips against heat: Totally relaxed through the hottest days of the year 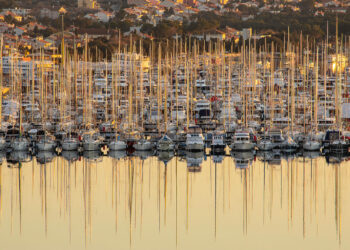 Checklist for buying a boat: The search for the right ship 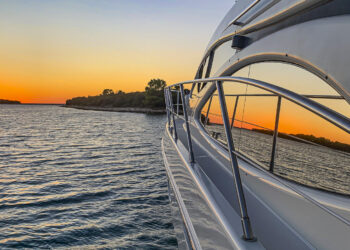 Tips for buying a used boat: Don’t rely on your gut feeling!