A breakdown on the water? The helpline of SeaHelp helps with a call around the clock.

Autor: Matthias Müncheberg
Inhalt Anzeigen
1. First it is clarified what has happened – and whether someone is injured. The rule here is to remain calm
2. The problem on board should be described as precisely as possible
3. For the exact location, it is best to use the SOS function of the SeaHelp app in case of a breakdown
4. Also a simple Whatsapp can be used for the transmission of the coordinates
5. When it comes to place names, people should stick to the correct Croatian names
6. Good to know: the SeaHelp app with the emergency call function is available to all skippers
7. 24h EMERGENCY CALL EUROPE: 0043 50 43 112

If, despite good preparation of the trip, good maintenance of the yacht and good seamanship, there is still an unexpected breakdown on the water, simply dial the SeaHelp helpline. The friendly staff at the central office in Punat will coordinate all necessary measures in a matter of seconds. To facilitate their work, callers can actively help.

Despite all caution, it may well happen once that the crew gets into an emergency situation and the yacht needs assistance from a SeaHelp response boat. The reasons for this can be varied and can also affect the crew through no fault of their own, for example, if a line gets caught in the propeller, the starter battery has given up the ghost or the yacht has run aground. For this “case of the cases” the crew should be prepared, and know how to correctly send an emergency call.

First it is clarified what has happened – and whether someone is injured. The rule here is to remain calm

“What happened? Is anyone injured?” These questions should be answered first when calling the SeaHelp helpline, says Denis Lipovac of the SeaHelp headquarters in Punat. Those who call the helpline should then briefly introduce themselves and give their name.

Helpful it is, if the task forces is immediately communicated, whether the caller is himself SeaHelp member – “if yes, one should give best also immediately the member number”. Then, parallel to the phone call, the data on the PC could already be compared.

Then it is clarified which boat it is, says Lipovac: what is the boat name, what is the type and how long is it? Is it a motor yacht or a sailing yacht? Is it a charter or an owner yacht? In all of this, the rule is “Keep calm, Lipovac says, even if that is sometimes difficult.

The problem on board should be described as precisely as possible

The problem on board should then be described as precisely as possible: if, for example, the engine has failed, it is important to describe the conditions exactly, for example: Is there enough fuel left in the tanks? Are the batteries sufficiently charged? Is the gear lever in neutral? Is it a quick stop, or has an alarm been triggered? Is there another engine on board?

The next important point that must be clarified is to determine the most accurate coordinates of the boat or yacht, says Nina Mrakovčić from the SeaHelp helpline. The experienced SeaHelp employee advises to determine and note down the exact location of the boat/yacht already before calling the SeaHelp helpline, because only if the exact location is known, the response team can also help on the spot. 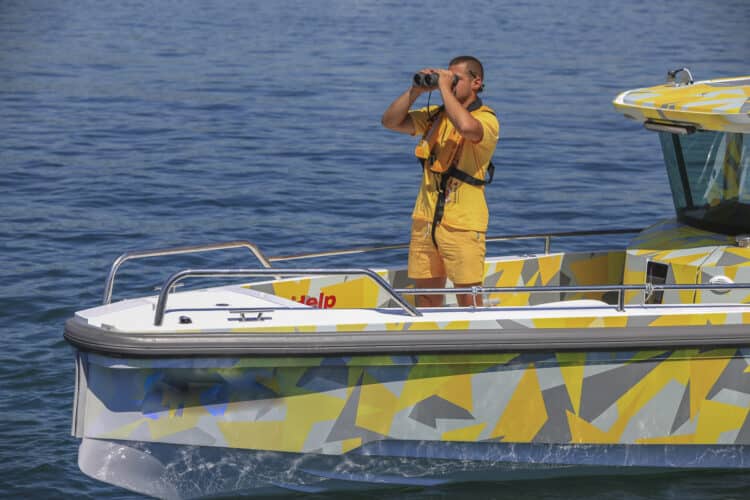 For the exact location, it is best to use the SOS function of the SeaHelp app in case of a breakdown

“Here we are dependent on the assistance of the callers”, says Mrakovčić, it is for example “not helpful” to say that you are “near Krk” – is it the island or the place of the same name on the island, and what does “near” actually mean?

It’s best to use the emergency call function of the SeaHelp app, advises Mrakovic (simply slide the SOS button from left to right on the home screen), because this automatically sends the current position and the correct contact details.

The SeaHelp employee advises to grant the app access to the coordinates right at the start of using the app, which is easily done on the end devices via “Settings / SeaHelp / Allow access – When using the app / Exact location – yes”.

If once exceptionally the location can not be transmitted via the app, there is also the possibility to transmit the exact coordinates by means of a simple Whatsapp. “We then check the data in our system and get back to the caller in the shortest possible time within a few minutes,” says Mrakovčić.

“By the way, many callers think that we can easily locate them at any time if they have the app on their cell phone,” says the young, dedicated SeaHelp employee; however, this is not the case, “we don’t see the boats on our screens in the control center.” That’s why it is so important to quickly pass on the correct data so that, if necessary, an emergency team can be sent to the victim immediately.

When it comes to place names, people should stick to the correct Croatian names

And the SeaHelp employee has another wish: “please use the correct Croatian geographical names, as they are entered in the maps”; names such as “Five Finger Bay” or “Bay of Pigs” or similar designations would often not help and cause confusion.

Then those seeking help could also benefit from SeaHelp’s promise that (on average) no more than 45 minutes will pass – from the first call to SeaHelp headquarters to the arrival of the response team at the scene of the accident.

Good to know: the SeaHelp app with the emergency call function is available to all skippers

“The SeaHelp app with the emergency call function is available to all skippers without exception, regardless of whether they have taken out a membership or not”, says SeaHelp CEO Wolfgang Dauser. The only difference between members and non-members, he said, is the cost of the mission.

“While for members almost all SeaHelp services are free of charge according to the status of the booked membership, requests for assistance from non-members can only be processed against reimbursement of the costs specified in the SeaHelp price list for the respective effort”, says Wolfgang Dauser.

In addition, it should be noted that when several requests for assistance of the same priority level are received at the same time in the operations center, for example, after a storm, SeaHelp members are given priority; this can then sometimes lead to the fact that in these certain exceptional situations only SeaHelp members can be helped.

SeaHelp therefore advises to conclude an appropriate membership in good time before the start of the cruise, Wolfgang Dauser continued. 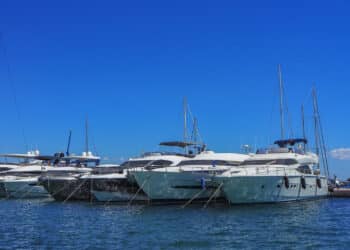